Maps of the Seven Churches

The seven churches, during the time that John wrote to the churches in 95 AD, was located in Asia Minor, which is present-day Turkey.  John was exiled on the Isle of Patmos in the Aegean Sea when persecution was fierce against Christians.  While on Patmos, he had the vision of Jesus Christ and all the things he wrote about in the Book of Revelation.

Each church was situated along a major highway in the Roman Empire.  The distance from one church to the next closest church was anywhere from 20 – 50 miles away. 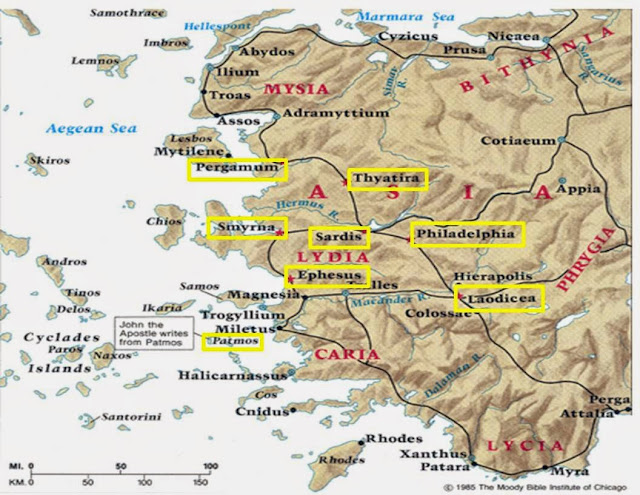 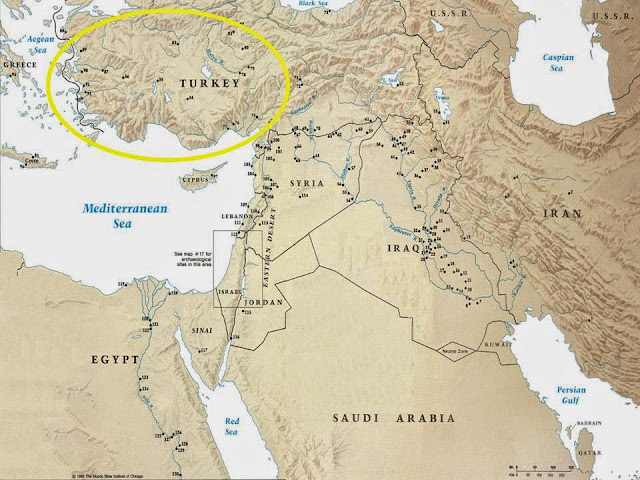 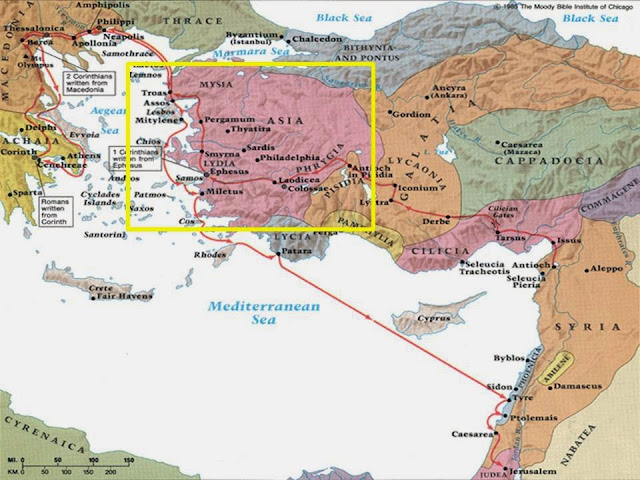 Posted by Kathleen Riley at 6:16 PM

Kathleen Riley
Welcome to my teaching and healing ministry blog. This ministry proclaims healing to the sick, compassion to the depressed, deliverance to the oppressed and freedom to the captives. I also teach on other subjects in addition to healing and faith. I am a Bible Teacher, Writer, involved in Healing Ministry, Musician and have led worship in the past. I reside in the Northern California Bay Area in the USA. I graduated from Shiloh Bible College in Oakland, California in 2003 with a Bachelor of Theology. I am a member of Light the Bay Church in Pittsburg, California pastored by Jason and Peggy Younger (www.lightthebay.com). The theme Scripture verses for my ministry is 3 John 2 "Beloved, I pray above all things that you may prosper and be in health, just as your soul prospers." And John 10:10 "The thief (devil) comes only for to steal, kill and destroy. But I (Jesus) have come that you may have life, and have it in abundance (til it overflows)." You are welcome to send in prayer requests. You may contact me at lordcomenhealme@att.net.

Thank you for sowing an offering into my ministry. It is very much appreciated! May the Lord bless you several times over for your seed planted!

You can give either online through the PayPal link or by mailing a check or money order to my address. If you do not have a PayPal account, there is no need to create one if you do not wish to. There is a feature where you can click on to use your credit card without having a PayPal account.

Please send all checks or money orders to:


NOTE: I am not yet registered as a non-profit organization, and therefore would not be able to send out a tax-deductible receipt for USA citizens. However, I will definitely send a letter of thanks and appreciation, and acknowledge the amount and date.

Thank you again for your generous support of my ministry. God bless you!